Professor Muhammad Yunus said the pandemic has stopped the train that would lead people to the destination of destruction, urging youngers to change its course.

“Covid has exposed all the weaknesses that we have in our system. And we’ll be seeing them very vividly,” Professor Yunus, who in 2006 was jointly awarded the Nobel Peace Prize with Grameen Bank that he set up, said in a virtual talk on Friday.

The event is called “Unleashing the Power of Entrepreneurship: The Way to Create a World of Three Zeros“, hosted by the Young Southeast Asian Leaders Initiative (YSEALI) Academy at Fulbright University Vietnam.

Speaking to YSEALI members, Yunus stated that Covid has made millions of people lose their income significantly and they are pressed down. Consequently, they are pushed back into poverty that they were out of before the pandemic. For example, a person who has $100 a day could fall into the $50, $5, or $2 index of the poverty line and do not have any wealth.

Yunus stressed Covid has revealed that the gap between the poor and the rich in the world is expanding, which was created by the economic system before the pandemic erupted. That gap could generate an “explosive society”, exploding into anger sooner or later, and people are sitting on a ticking time bomb.

He said that kind of society is one of the ultimate disasters brought by an economic machine that people have been pursuing, which could be called “a bullet train”.

At present, when Covid has stopped that economic machine, people are worried about the collapse, fearing that it is not working anymore. However, Yunus saw that the train may take people to destruction has stopped. Therefore, they should celebrate it because people are “not heading for the suicidal part anymore.”

“Covid gave us an opportunity to get off the train, and decide which way to go.”

At this time, as everybody is trying to go back to the pre-pandemic situation, the train is restarting again, Yunus asked young people following his speech, “should we go back to it and ride it to the final destination of destruction? or we don’t ride it and build a new train to take us to a new direction?” He said a new train that brings happiness and safety to this planet should be built.

“And I have been trying to draw the attention of the young people to this issue.”

The principle of profit maximization need to be eliminated

Yunus highlighted that the expanding gap between the wealthy and the impoverished is generated from the common goal of profit maximization, and that goal is set in economic theory.

According to that theory, Covid vaccine producers are building a wall of profit around their products. They raise the question: why should I give vaccines to others? I will give it to where I can maximize profit. For that reason, vaccine manufacturers do not listen to the request of waiving intellectual property rights, to allow vaccines to be produced in many places to save lives.

Similarly, profit maximization is the cause of other current problems in the mentioned “bullet train” that people are on, such as global warming.

Economists describe human beings as someone driven by self-interest but Yunus does not agree with them. He said it is just one aspect, the basic feature of human beings is the common interest. Therefore, each one should be described as an entity, which is driven by self interest as well as collective interest, including economic equality and global warming.

Yunus urged people to undo the old principle, to create a new kind of world where profit maximization is not the only way to do business.

“With that new world, people put their capacity to solve collective problems for common interests.” 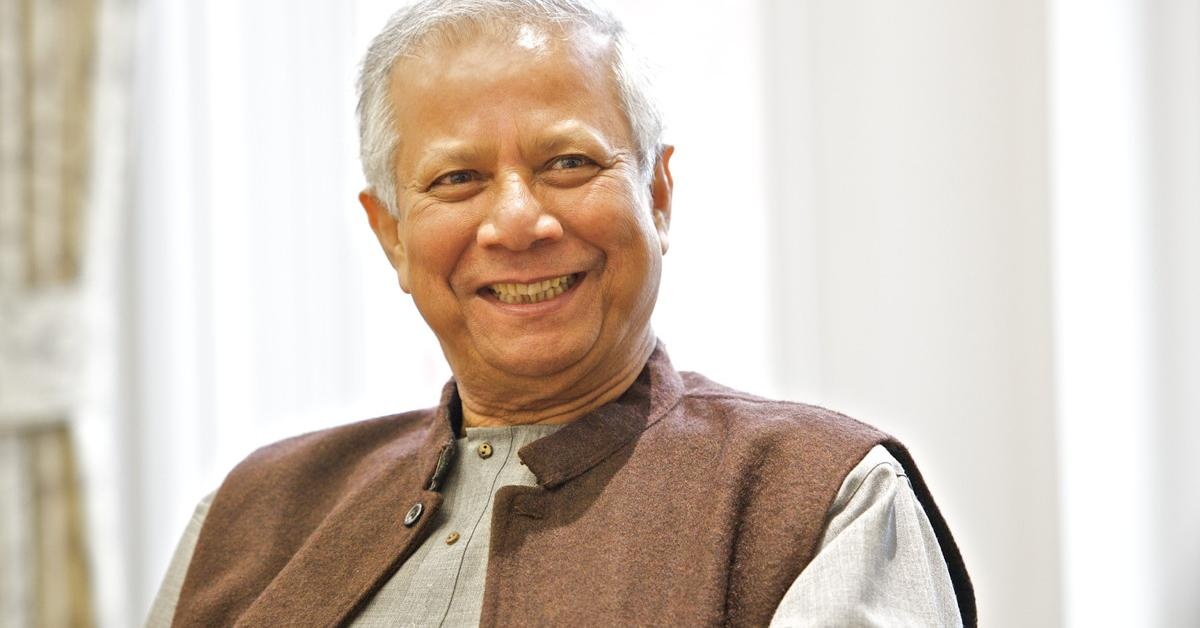 The youth should not be trained as job seekers

Yunus stressed that people are having an education system treating them as job seekers. Schools say that with their certificates, receivers could be hired in the fastest way and get high payment.

Nonetheless, the moment a person gets a job, his or her process of creative capacity unleashing stops because people are driven by instructions or orders of the employers which are not their choices.

Yunus believed that human beings are packed with unlimited creative capacity and the life journey is about unleashing it. People could solve their own problems.

He recalled the fairy tale of a genie being put in a bottle, tightly packed, and thrown away. It is only when somebody takes it and opens up the bottle, the genie comes out. He compared the existing education system to a bottle that contains the “genie of human beings”. With that, people work for somebody in a tiny bottle.

“For that reason, I encouraged the college admission system to liberate young people, allowing them to imagine what they want to do.”

Responding to a question of a Vietnamese attendee about how the education system should be in the future, Yunus said it should be redesigned to help young people to turn into entrepreneurs.

He is confident that human beings are all born as entrepreneurs, but somehow economic theory has pushed people into a belief that only with good education and good skills, they are employable, otherwise they have no values.

He suggested that schools give two options to students, a job seeker, and an entrepreneur. If someone wants to change track, he or she can be free to do that. In this way, students could start a business when they are in school,

“Education system must include courses for students to imagine the world that they want to build.”

A chance to build a new road

Yunus stressed that with the appearance of Covid, young people now have a choice to make a big decision of “do they want to go back to the referred train, the old road?” If not, they have to build a new road to a new destination.

He said he believes the new direction towards “the target of three zeros” which were raised in his book published in 2018, is still valid. They are zero wealth concentration, zero unemployment, and zero net carbon emissions.

Accordingly, eliminating the principle of profit maximization could help people to achieve the goal of zero wealth concentration, and zero net carbon emissions, meaning there will be no global warming. Human life is about creating a better planet and handing it over to the next generation.

In fact, Yunus said there was an inventor, Jonas Salk, who devoted the formula of polio vaccine, which helped make the disease disappear. Salk said he created vaccines to solve problems and save people, his products would be like sunshine and nobody owns sunshine.

Answering a question from a participant in Indonesia about how to have a fairer economic status in the coming time, Yunus said people need to redesign economic theory, which should be based on human values, not money-making values. The story of profit from vaccines is the matter of millions of people who might die.

Additionally, Yunus encourages people to develop a social business that could be helpful for people who wish to be entrepreneurs. If everybody could become entrepreneurs, they can keep their own wealth and there will not be wealth concentration.

In reality, Yunus created Grameen Bank that does not demand collateral and lawyers, lending a tiny amount of money to women in rural areas in Bangladesh with existing over 9 million women as customers. The model now has been working in some countries in Europe, and the biggest one is running in the United States called Grameen America. It covers 17 cities with 27 branches, with 160,000 borrowers, all are women. The initial loan is $100,000 and the repayment date is over 99.5 percent.

Yunus stated that with Covid, people are at a crossroads in the future, choosing which road to go.

“Please don’t get back to the bullet train,” he told the young audience.

Budding entrepreneurship – How to navigate the startup ecosystem in Southeast Asia